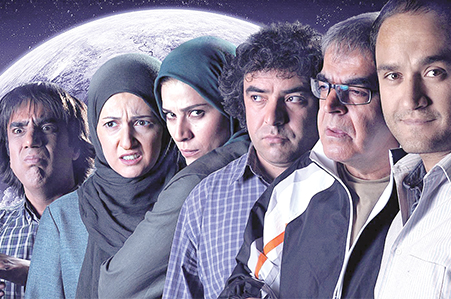 Aliens want to capture the Earth, but before that, they want to get acquainted with its culture. They send a couple and a girl and a humanoid robot to Earth, to live in the house of two brothers Farrokh Afroukhte (Hamid Lolaee) and Farid Afroukhte (Ramdad Javan) and pretend they came from Sweden. Farid is a writer and has many problems. He goes on to realize that they are aliens. In each episode, the series discusses one of the bad habits of humans, and in the end of the story, Bahram (Hassan Madjouni), sends his report to the Senator of the Confederation of the Milky Way (Reza Shafie Jam).